A fifth company is proposing seismic testing in the Atlantic Ocean and the state Division of Coastal Management is accepting public comment on the request for review of a federal consistency submission, which documents how the proposed survey would be considered consistent with the state’s coastal program.

The process is advancing despite state regulators’ unanswered requests for more information from the company.

WesternGeco proposes to conduct a marine geophysical survey using 2D seismic testing off the coast to gather geological and geophysical data that could provide information about the feasibility of future development of offshore oil and gas resources. The survey, which would involve a vessel towing seismic airgun arrays, would take place in federal waters by North Carolina’s coastal zone.

State law does not require coastal development permits for projects outside of state waters, but the federal Coastal Zone Management Act requires federal applicants to coordinate with the state for any proposed activity that affects land use, water use or any natural resource within the coastal zone, the release continued.

WesternGeco submitted March 12 its federal consistency determination request. Division of Coastal Management notified WesternGeco in an April 11 letter that the submission was incomplete because it failed to include required, necessary information and data and that the three-month review period would not begin until all necessary data and information was received. 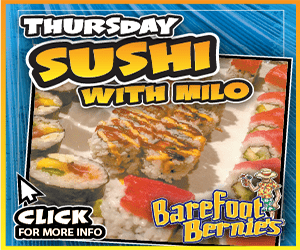 On April 15, DCM followed up with the company in a letter to explain that NOAA’s Office for Coastal Management found, in its opinion, that the necessary data and information was in the original consistency submission March 12, meaning the three-month review began that day.

As part of the review, a public hearing and 30-day public comment period must take place and the submission would be circulated to other agencies for comment. In the April 15 letter, it is explained that the public agency review will be limited to the information provided, unless the additional information DCM requested is submitted.

“DCM believes the information and analysis provided in your March 12, 2019, submission is significantly lacking with respect to the requirements outlined” the letter states and explains that the submission needed a detailed description of proposed activity; descriptions, data and analysis related to coastal effects; final proposed mitigation measures; and a set of findings related to the coastal effects to the relevant enforceable policies of the state coastal zone management program.

The state offered a 30-day stay, which would conclude the review no later than July 11, to allow WesternGeco time to prepare and submit the requested information to be included in the review process. DCM asked that WesternGeco respond by April 19, which it did not.

Documents for the proposed project are available as well as information pertaining to earlier consistency submissions from four other companies.

The public may submit written comments by noon June 7 or May 20 during a meeting at the Crystal Coast Civic Center, 3505 Arendell St., Morehead City. The meeting will be from at 6 to 9 p.m. or until comments are concluded, whichever is first. Each speaker will be allowed to comment for up to three minutes.

Written comments on the proposal can be mailed to DCM Comments, c/o Daniel Govoni, 400 Commerce Ave., Morehead City, NC 28557 or emailed to DCMComments@ncdenr.gov.