The Kitty Hawk Police Department has arrested a registered sex offender in connection with an Oct. 21 sexual assault and armed robbery on Lindbergh Avenue.

“This arrest follows on the heels of an exhaustive investigation by the Kitty Hawk Police Department that is linked to an incident that occurred on Lindberg Avenue on October 21, 2019,” the department said in a Facebook post.

Kitty Hawk police said the Dare and Currituck County Sheriff’s Offices along with the Kill Devil Hills and Nags Head police departments assisted in a two-day search that resulted in Selby’s capture.

Selby, who has been on North Carolina’s registered sex offender registry since 2007, is being held at the Dare County Detention Center in lieu of a $425,000 secured bond. He was convicted in 2005 for indecent liberties with a 15-year-old minor, according to the registry. 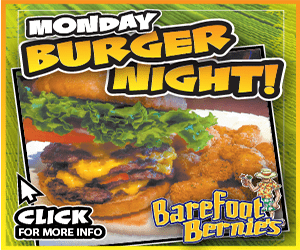 Police ask that anyone with additional information on the case contact the department.